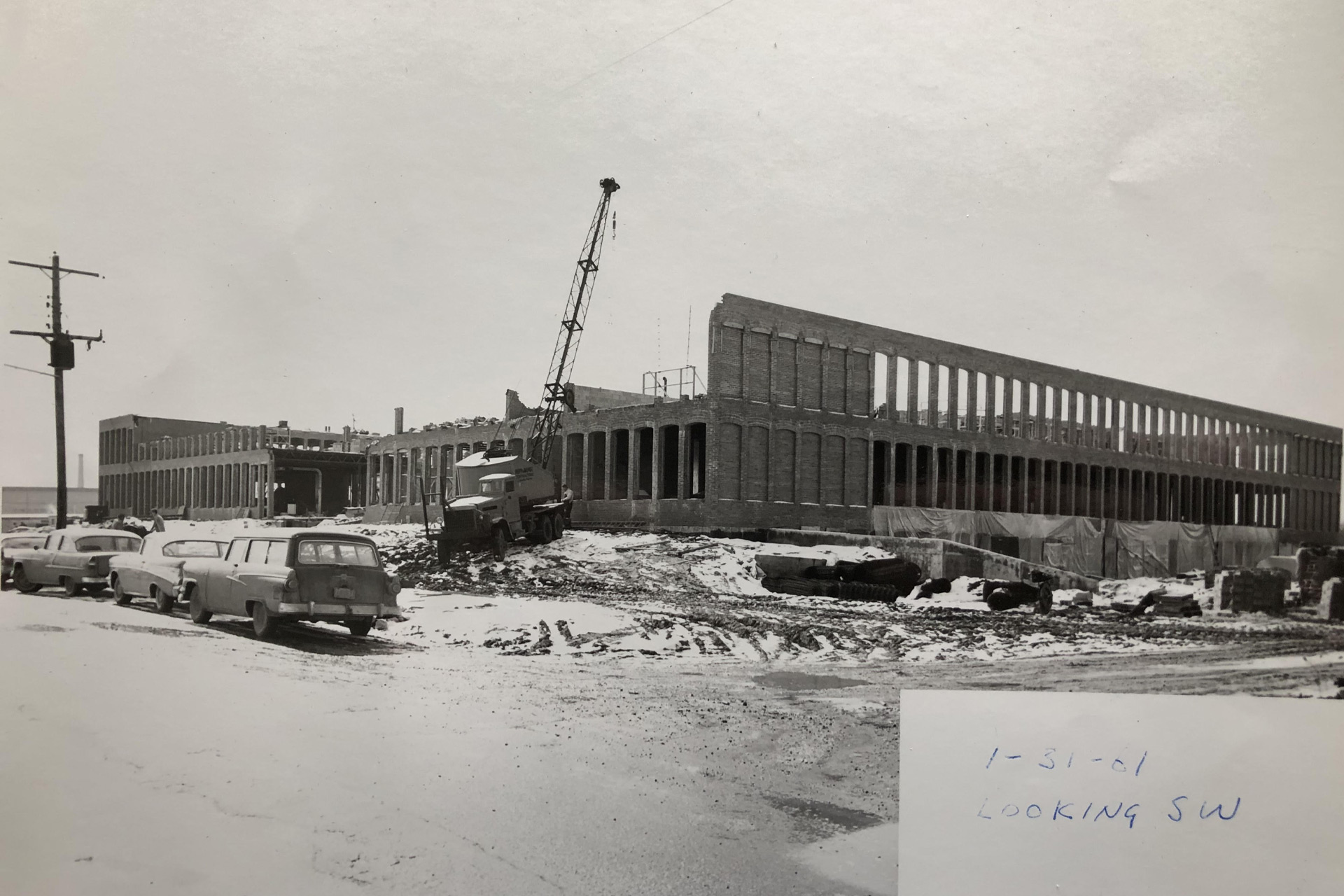 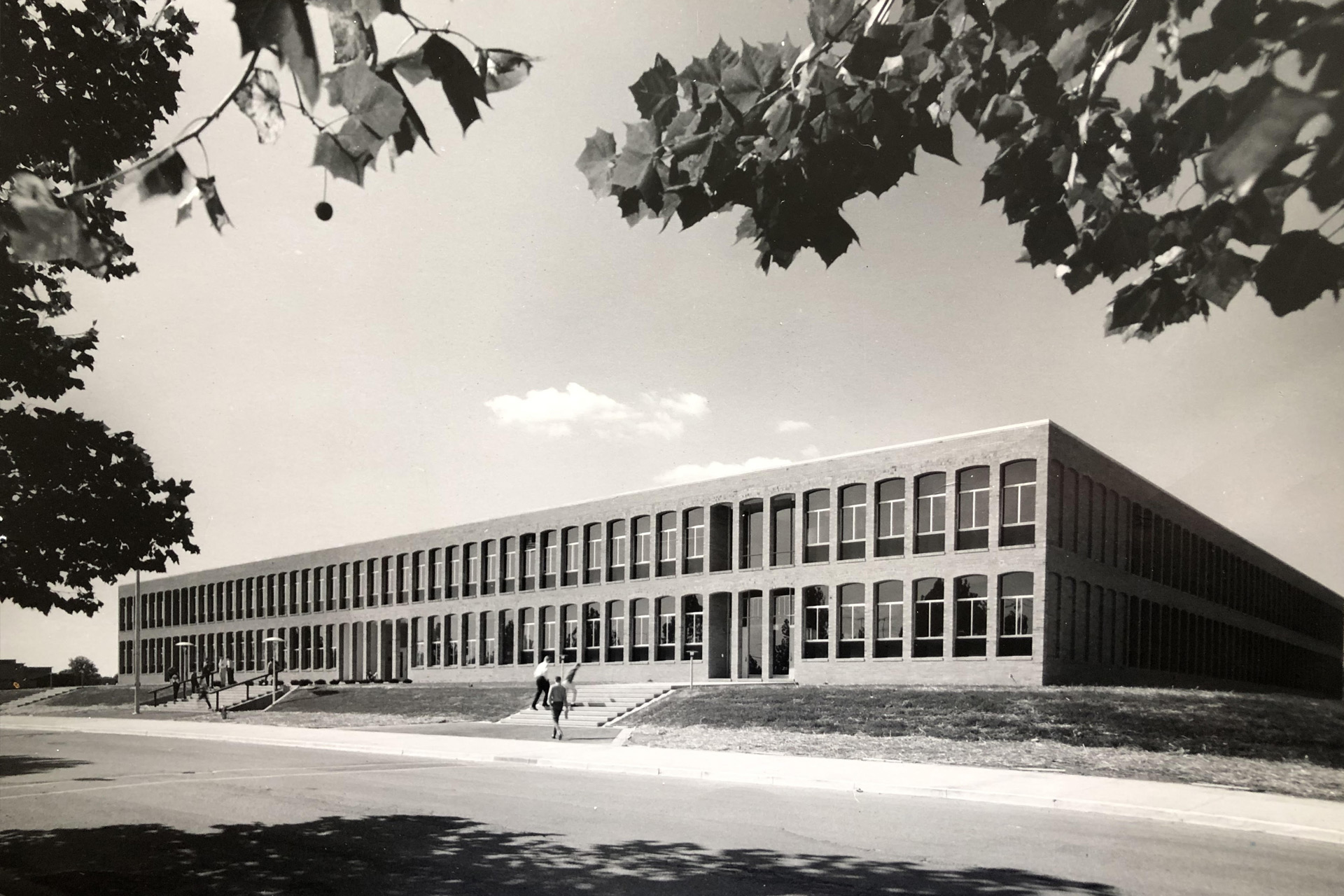 This is a three story building distinguished by the repetitive use of brick arches (on the interior as well as the exterior) over the windows. It is very reminiscent of the old Mooney Tannery which used to sit in the Mill Race Park area. The building is a compact rectangle of brick and masonry bearing wall construction. Harry Weese described the building as “a firm statement of the dignity and prominence in the community that a school should possess”. This was a three story building in contrast to the sprawling mostly one level schools built during this time period. Unlike many architects, Harry Weese buildings never had a definitive signature look which might become identified as “Weese”. Each of his buildings were an attempt to solve the unique design problem at hand. Weese playfully suggested that he chose a three story design because students loved climbing up and down stairs, teachers however might have different feelings. Much of the design work here was done by Ben Weese, Harry’s younger brother who was part of his firm for many years. There were classrooms on three floors surrounding three sides of an interior courtyard. The gymnasium/multipurpose room and a swimming pool were along the fourth side. The library was on the third floor overlooking the interior courtyard.